joimax ® awards at the 1st U.S. TESSYS ® User Meeting in Denver, Colorado, together with the first time the Smissen Parviz Kambin Award

Karlsruhe / Denver, Colorado, April 2011. After a very successful Advanced Cadaver Workshop on Saturday, 9th April 2011, organized joimax ® on Sunday 10 April 2011, the first U.S. TESSYS user meetings in the margins of the annual scientific meeting of the AANS (American Association of Neurological Surgeons). In this context, ® gave joimax with the Smissen, Society for Minimally Invasive Spine Surgery, the first time Parviz Kambin Award to Dr. Parviz Kambin, the namesake himself, as the discoverer of the Kambin-triangle, and thus one of the most important pioneers and pioneer of the minimal invasive endoscopic spine surgery. This award was established to honor special high-earning surgeons in the field of endoscopic spinal surgery. Was presented the award to two spinal surgeons with years of experience, Dr. Michael Schubert, Munich, and Dr. Menno Iprenburg, Veenhuizen, Netherlands. Criteria for the granting of the award are endoscopic surgery including the long-standing practice. Both excellent doctors have a thousand or more than a thousand such operations are carried out several hundred doctors in TESSYS ® technology designed and several have a number of scientific publications and / or presentations at international conferences.

Dr. Cholle Kim, Executive Director of the American Smissen and Associate Professor of Orthopaedic Surgery at the University of California at San Diego: "We at the Smissen endoscopy of the spine as an advanced surgical technique with great future potential for minimally invasive spine surgery. In addition to their practical work, we especially appreciate the scientific work of the winners to the TESSYS ® method to help to break the world. "

The user meeting was next to the glorious climax of the ceremony a sumptuous program of scientific presentations, experience reports and discussions by and with internationally recognized spine specialists in the fields of orthopedics and neurosurgery. It was also the prelude to the anniversary celebrations of the fifth anniversary of the joimax ® Inc. in the United States and the tenth anniversary of the joimax ® GmbH in Germany. 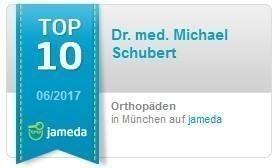